Ingredient is the elegant collaboration of Toronto poets, composers, producers and dear friends Ian Daniel Kehoe and Luka Kuplowsky. Their self-titled release is an enigmatic electronic avant-pop record attuned to the micro and macro perspectives of the natural world. Ingredient is an album whose lyrics are more poem than lyric, and whose songs exist in a merger of house music, philosophically-minded lyricism and contemporary R&B. One might recall electronic and art-pop luminaries such as Yukihiro Takahashi, The Blue Nile, and Arthur Russell, or connect it to contemporaries like Nite Jewel, Westerman and Blood Orange. A distinct world of dance, of questions, of secrecy and ultimate softness.

In the summer of 2020, Ian Daniel Kehoe was entrenched in a new feeling of heaviness; psychosomatic symptoms had started to proliferate; stress made new pores across the body, bending sensitivity into pain. His days were met with confusion, detachment, sleeplessness and pain without causation. Disfigured, he felt that what had been central and centering was blown out to the periphery of things. In a moment of self-preservation he reached out to his dear friend Luka Kuplowsky to make an album together. For Kehoe, it was an instinctual grasp for the anchoring truthfulness of deep friendship and the potential for a dedicated creative collaboration. Kuplowsky’s presence was light, supportful and curious, eager to explore musically the sounds they were mutually drawn to: house music, ambient pop, dub. The duality between Kuplowsky and Kehoe – between the Aflight and the Unmoored – is a portrait of a friendship whose exchanges came easy and produced an outpouring of song. Creation and therapy crisscross. In email correspondence that catalogs their process of collaboration, affection abounds: “feels bare without the Luka Licks”, or “Love you so much”, or “Kinda just overwhelmed with deadliness coming in at all angles.” When their voices first come in together on “Wolf,” that harmony arrives in a dramatic avant-pop sound that is bold and wondrous.

Kuplowsky and Kehoe both arrive at Ingredient as established artists whose works are committed to language’s propensity to provoke and mystify. Kuplowsky’s 2020 album Stardust is an idiosyncratic and otherworldly blend of pop and jazz romanticism grounded by Cohen-esque vocals and a stirring philosophical curiosity. Kehoe’s entrance into the new decade has hatched four records of pop experimentation, most recently 2022’s Yes Very So, a euphoric and bold album of poetic synth-pop and meditative ambient instrumentals. Kuplowsky and Kehoe’s union as Ingredient is a beautiful and unusual chemistry that integrates their distinct approaches while bringing forth a newness: a sound that alternates between cinematic technicolor and dubbed out fogginess; a lyricism that exchanges their lucid and clear poetics for a playful and obtuse verse. The album intuitively taps into the opposing emotional states of Kuplowsky and Kehoe during the conception of the record, contrasting the buoyancy of trumpeting keyboards (“Resurface”), angelic synthesized voices (“Come”), and rolling bass (“Photo”) with the record’s underlying darkness of whirring buzzsaw textures (“Transmission”), whooping sirens (“Wolf”) and murky ambience (“Illumination”). Lyrically, this duality arises in the record’s flux between openness (“Variation”, “Raindrop”) and existential dread (“Wolf”). “Illumination” most clearly crystalizes this opposition, reconciling the verses’ neurotic yearning for enlightenment with the chorus’ liberating doctrine of negation: “no more devotion… no more delusion”. Amidst the gradations of light and dark, Kuplowsky and Kehoe trade indelible, lush melodies as though their voices are made of a substance that melts easily one into the other. The harmony of poetry, sound, and texture cuts through your brain fog like a wet diamond.

Ingredient’s self-titled record was assembled by Kuplowsky and Kehoe over the course of six months in a home studio they frequented daily. Amidst synthesizers and drum machines they composed, re-composed, and workshopped a wide array of music, ultimately focusing on a set of eight songs that lived in a shared musical and philosophical world. Recording days often ended in basketball games at a local court or a rooftop commune over a pot of tulsi tea and a crossword puzzle. Kuplowsky brought in the Blue Cliff Record – the classic anthology of Chan Buddhism – whose inscrutable and sublime insights remained constant throughout the recording process as an activator of reorientation and reflection. While Kehoe was frequently rendered physically immobile by bouts of anxiety, a patience and mutual caring governed the pace of their creation; rest, stretching and meditation became equally important as the act of arrangement. Invited into their intimate circle of composition was Thom Gill, whose heavenly voice uplifts “Variation” and “Raindrop,” and Karen Ng, whose alto sax simmers and dances around the funky strut of “Raindrop.”

The lyrics on Ingredient reflect the persistence of change, the infinite variability of nature where randomness and divergence are no accidents. In Daoism, duality, in the form of Yin and Yang, is not contradictory as it is in Western idealist philosophy, but rather composes the eternal and lived paradox of our changeless-changing universe: changeless because all is change, and changing because the dynamism of the Dao makes each moment transformational. Kuplowsky and Kehoe refract this way of seeing the world, as in Variation: “Variation in the natural world / there it is.” Ingredient is an experience of the manifold ways of saying there it is of the transformational world, and there it is, unfolding. Elsewhere, change and ephemerality is addressed through the record’s preoccupation with non-human perspectives, reorienting the listener to the wolf, the mouse, the emerald frog, the centipede, the bird, the fly in the lamp. The album cover visualizes this fascination with the striking image of a reddish-orange frog atop a defamiliarized landscape of dark green leaves. Mirroring the exploratory process of the record’s collaboration, the frog also signals the amphibian’s natural inclination to leap into boundless potential. Kuplowsky and Kehoe’s lyrics manifest philosopher and ecologist Timothy Morton’s concept of “the mesh,” drawing attention to the “vast, entangled web” of interconnectedness that connects all life forms and interweaving the songwriters’ shared wonder into the Animal’s unknowability. As Luka narrates in the breakdown of the dance-floor ready “Photo,” “the closer we observe things, the further they retreat into abstraction.” In Ingredient’s ecosystem, perception is a reversible fractal where the world’s minutest details mirror the shape of the cosmos.

According to the Dao, the path to healing starts by reorienting perception away from the self and toward the self’s subsumption in Totality. For Kehoe, collaborating with Kuplowsky became the reorientation necessary for the self-preservation he was seeking, opening up a shared creative practice to navigate and soften the complexity of his psychological shattering. The album begins with Kuplowsky intoning “colossal faith” which bounces around the stereo field in a cloud of echo, and it is the enormity of “faith” that centers both Kuplowsky and Kehoe’s collaboration and their inquisitiveness in the vast mysteries of our very being. Truth in Ingredient is not an essential nugget, but a bending of the light – it is the equivocal entanglement of how we are in nature as nature, but with a plea or prayer under our breath that marks our felt distance from what we are a part of: “carry me towards the mountains of my birth / returning to the nest / the silence of the earth.” 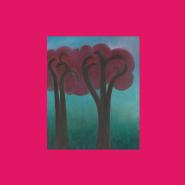