Second release for LCT- straight up fire again. All about the B-side with that catchy synths and chorus.. BIG TIP for those that dig the S.A. disco sound!

In depth background story about the band:

The story of Bayete starts years before their first release under that name. In the early 80’s Mbaqanga stars The Soul Brothers were looking for a group to open for them on their upcoming shows. They wanted a different sound to their own but were specific in one regard, their curtain raisers were required to have a full horn section. This opportunity led to the formation of a group named “Jaws ” after member Jaws Dlathu. This new group was a combination of veteran musicians and young fresh trio of female singers as support. Soul Brothers bassist Zakes Mchunu would produce and help write their self titled debut album on the Moonshine label but after more than 2 years together the group would disband following his tragic death in 1984. The girls would go on to start their solo careers while the rest of the band contemplated what do.

It would be in the months following the death of Zakes that the remaining members of Jaws would meet Linda Bernard. Linda was the wife and business partner of well respected English producer and engineer Greg Cutler. Along with musical legend Koloi Lebona the three of them ran the independent and short lived Kaya Records. It would be Linda’s support that led them to sign a one record deal with the label and the record their first album under the new name, Bayete. Unfortunately the debut was a flop. With no proper promotion and SABC censoring the song “Shosholoza” by banning it from the airwaves, the initial run of 500 copies sold mainly at shows, with only 20 copies selling in the first 3 months. The debut couldn’t compete with the sounds of the already popular Sakhile or the emerging synth fuelled disco that was becoming a staple in township shabeens across the country. Though they would later became a household name, their debut was lost into obscurity and to this day is one of their hardest releases to find.

Shortly after recording their first album, the band added Jabu Khanyile (drums), Themba Mkhize (keys) and Fana Zulu (Bass) to their roster. Themba and Fana had come over from Sakhile, a group who were no strangers to the original Jaws ensemble. Originating Bayete member Mfaniseni Thusi also had a short stint and started his musical career in Johannesburg by joining Sakhile. Jaws and Sakhile had both released self titled albums in 82’ on the Moonshine Records but of the two releases it would be Sakhile that went on to gain mainstream success locally and abroad with Jive Afrika releasing the album world wide.

After a failed debut, two year absence from the studio, and a roster that consisted of just two original members, Bayete were ready to make another move. It was a desperate time for the band where they would do anything to keep their name relevant and on the radio. Luckily It was at this time that they would meet talent scout Jerry Mhlanga and sign with the independent Decibel Music, the English division of the parent company De La Music. Decibel was also a small label hoping to capitalize on the disco movement with a series of low budget digital productions. Going into the studio they had their lead single “Blue Monday” , a cheap sounding drinking song that was similar to everything else on the radio at the time. They hoped this would get people dancing on weekends before having to back to work hungover on Monday. They were confident in their lead single but needed a song to put on the b - side. They quickly put together a new song “Open Your Heart ( Vula )” which had a natural feel reminiscent of the pre MIDI early 80s disco sound. It would perfectly blend the use of Synths and Keyboards, funky guitar licks, all supporting the amazing vocals sang by Jabu. It would be this last minute filler that would capture the ear of DJ’s and music lovers 30 years after its release.

Much like the self titled debut, Blue Monday had no real success but it kept the band together and most importantly solidified Jabu as the lead vocalist. After complaints from fans the rest of the band forced him to get up from behind the drums so the crowds could see where his voice was coming from. Continuing to play live shows around Southern Africa it would take Simon Buthelezi accidentally stumbling into one of their shows in Johannesburg for them to sign their first major label deal with EMI. They would record their most successful album to date “ Mbombela“ which had an updated version of their original song “Shosholoza”. This album blended afro sounds, jazz, marabi and kwela. Their intended sound all along. It was still censored at the time of release but the ban was lifted near the end of the decade and even saw the music video for the song being broadcast on state owned stations. From then on the success of Bayete and it’s members was set in motion. While others used the momentum to pursue careers outside of the group and South Africa, Jabu took full control assembling a new group of players and changing Bayete to his backing band. The newly formed Jabu Khanyile & Bayete gained him international fame and won a number of awards including Song of the Year in 94’ for the post-apartheid love ballad “Mmalo we” 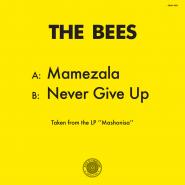 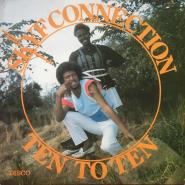 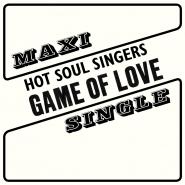 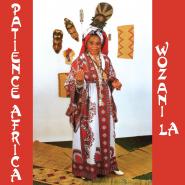 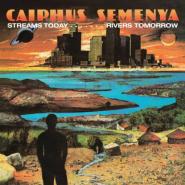 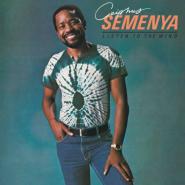 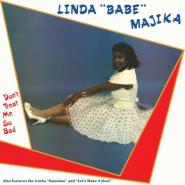 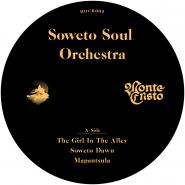 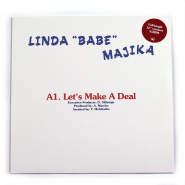 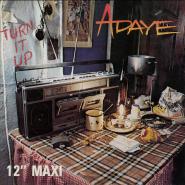