“Never forget our past, our history” so goes the refrain at the end of “Mama” one of the songs from David Walters’s bold and affecting release from earlier this year on the Parisian label, Heavenly Sweetness, “Soleil Kreyol.”

On “Soleil Kreyol” David Walters achieved the apparent impossible - evoking such disparate worlds as New York’s ‘70s club culture and his own familial Afro-Caribbean roots, singing much of the album in Martinican Creole, against a shimmering, percussive soundtrack.

“Mama” returns on his latest, "Nocturne" in a stripped down version alongside a trio of master musicians: the renowned Malian kora musician Ballaké Sissoko, whose previous credits include Taj Mahal and Toumani Diabaté; Sissoko's previous musical collaborator, French cellist/bassist Vincent Segal who also appeared on Walters's “Soleil Kreyol” and veteran percussionist, Roger Raspail, originally from Guadeloupe, who through his four decades has performed genres as diverse Congolese funk, gnawa music from the Sahel and jazz.*

What’s striking about Walters’s "Nocturne" is that despite the players' diversity and the album's array of musical influences - album standout “Freedom” fluidly moves between Walters’s delicate falsetto to a rapped verse in a setting buffered by a pensive cello, interlocking percussion and kora - it remains fully cohesive throughout.

Opener “Papa Kossa" is an album highlight. Immediately ushering us into the album’s distinctive mood, which is in part innovative folk - think Mano Negra, albeit with a Martinican Creole base, rather than Spanish - and something uniquely its own: whispered melodies, in French, English and Martinican Creole, set against a bed of encircling rhythms and harmonies.

The Marseille-based composer/guitarist/vocalist David Walters has long created music that transcends fixed borders. Whether as a DJ/producer remixing the Buenos Aires/ Paris Gotan Project; as a founding member of Zimpala - an electro hip-hop collective - or during his travels to Africa, where he studied alongside Ali Farka Touré, Walters’s approach has always been refreshingly eclectic, albeit stamped with the imprint of his West Indies origins. Walters is Paris born, his mother is from Martinique, his father comes from Saint Kitts and Nevis.*

Dating back to his first releases - some of which appeared on Gotan Project's ¡Ya Basta! record label - David Walters has affirmed and reinvented his Afro-Caribbean musical ancestry, transforming this rich heritage into the foundations of his distinctive musical voice - reinterpreting, for example to “Mesi Bon Dyé” by the seminal Haitian composer Frantz Casseus for the label in the early 2000s.* While more than a decade later, Walters visited New Orleans for the "Nola is Calling" project that united musicians from the US, Benin and France.*

In a cultural moment where the era's best music is characterised by multicultural, polyglot origins and focus on Black identity and culture, “Nocturne” provides a welcome French - or Martinican Creole - perspective. Because of the music's innovative, fully immersive nature “Nocturne” will appeal to a wide range of listeners curious to engage with music that while deeply personal resonates widely.

“Nocturne” is a profoundly moving and intimate listen: a new kind of folk music, with a French/Afro-Caribbean accent, that is modern and ancient at the same time. 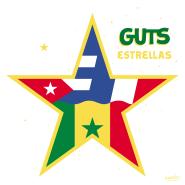 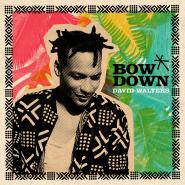 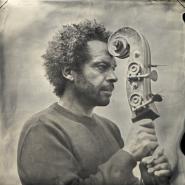 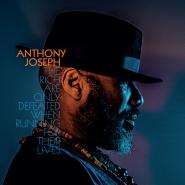 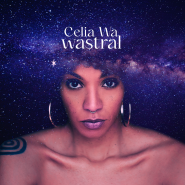 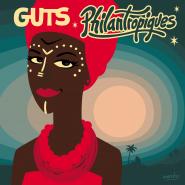