The first decades of the 21st century saw dramatic changes in the music industry as new
technology transformed creation, communication, and consumption. Amid this turmoil
one change occurred relatively quietly, almost naturally: so-called bedroom producers,
music makers raised on hip-hop and electronic music, went from anonymous, often
unseen creators to artists in their own right.

In Bedroom Beats and B-sides, Laurent Fintoni details the rise of bedroom producers at
the turn of the century through the stories of the instrumental hip-hop and electronic
music scenes that made this rise possible. From trip-hop, illbient, and IDM to leftfield hip-
hop, glitch, and beats, the book explores how these scenes acted as incubators for new
ideas about composition and performance that are now taken for granted.
Combining social, cultural, and musical history with extensive research and over 100
interviews, the book tells the B-side stories of hip-hop and electronic music from the
1990s to the 2010s, exploring the evolution of a modern beat culture from local scenes to
global community via the diverse groups of idealists on the fringes who made it happen
and the external forces that shaped their efforts.

“Laurent Fintoni has created an epic tome of information. It’s one of the best examples of
connecting the dots between many facets of electronic music. He writes similar to a DJ
seamlessly transitioning from one point to the other, with visual vigor. Not since Kwodo
Eshun’s More Brilliant Than The Sun, has someone delved this deep between the beats.”
King Britt (Professor UCSD/Producer)

“Finally a deep dive into one of the more interesting new musical trajectories of the
modern era.”
Sam Valenti IV (Ghostly)

Author Biography
Laurent Fintoni has written about music and culture since the early 2000s. He began his
career writing about the turntablist, hip-hop and drum & bass scenes for various UK and
international magazines and websites that have long since disappeared into the cracks
of history. Throughout the 2010s he was a regular contributor to FACT Magazine, The
FADER, Bandcamp, and the Red Bull Music Academy Daily. He has also worked as a tour
manager, label manager, and A&R for various independent labels and artists worldwide.
He currently lives in Los Angeles where he’s most likely driving around looking for food. 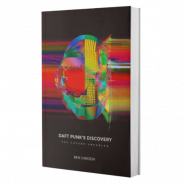 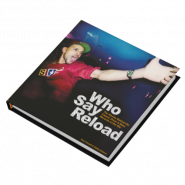 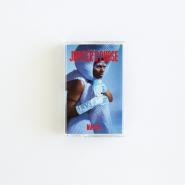